S-wave Feshbach resonance states belonging to dipole series in positronic alkali atoms (e+Li, e+Na, e+K, e+Rb and e+Cs) are studied by coupled-channel calculations within a three-body model. Resonance energies and widths below a dissociation threshold of alkali-ion and positronium are calculated with a complex scaling method. Extended model potentials that provide positronic pseudo-alkali-atoms are introduced to investigate the relationship between the resonance states and dissociation thresholds based on a three-body dynamics. Resonances of the dipole series below a dissociation threshold of alkali-atom and positron would have some associations with atomic energy levels that results in longer resonance lifetimes than the prediction of the analytical law derived from the ion–dipole interaction. 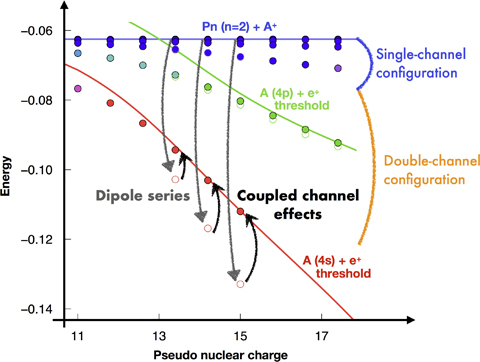