The Röntgen term is an often neglected contribution to the interaction between an atom and an electromagnetic field in the electric dipole approximation. In this work we discuss how this interaction term leads to a difference between the kinetic and canonical momentum of an atom which, in turn, leads to surprising radiation forces acting on the atom. We use a number of examples to explore the main features of this interaction, namely forces acting against the expected dipole force or accelerations perpendicular to the beam propagation axis. 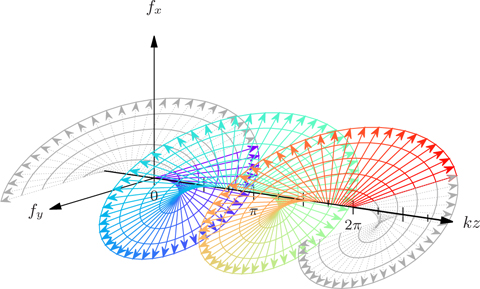