The effect of rotation on the heat transfer between two nanoparticles

Quantizing the electromagnetic vacuum and medium fields of two nanoparticles, we investigate the heat transfer between them. One of the particles has been considered to rotate by angular velocity ω0. The effect of rotation on the absorbed heat power by the rotating nanoparticle is discussed. The results for angular velocities much smaller than the relaxation frequency Γ of the dielectrics are in agreement with the static nanoparticles, however increasing the angular velocity ω0 in comparison to the relaxation frequency of the dielectrics (ω0 ≥ Γ) generates two sidebands in the spectrum of the absorbed heat power. The well-known near-field and far-field effects are studied and it is shown that the sidebands peaks in far-field are considerable in comparison to the main peak frequency of the spectrum. 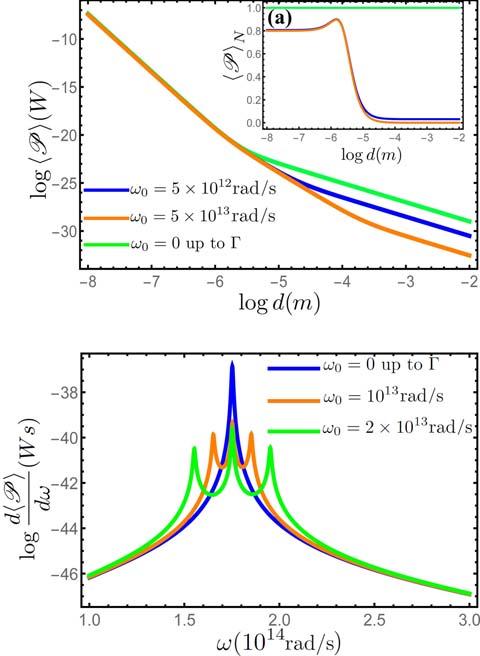