We model the multiple ionization of near-neutral core-excited atoms where a cascade of Auger processes leads to the emission of several electrons. We utilize the multiconfiguration Dirac-Fock (MCDF) method to generate approximate wave functions for all fine-structure levels and to account for all decays between them. This approach allows to compute electron spectra, the population of final-states and ion yields, that are accessible in many experiments. Furthermore, our approach is based on the configuration interaction method. A careful treatment of correlation between electronic configurations enables one to model three-electron processes such as an Auger decay that is accompanied by an additional shake-up transition. Here, this model is applied to the triple ionization of atomic cadmium, where we show that the decay of inner-shell 4p holes to triply-charged final states is purely due to the shake-up transition of valence 5s electrons. 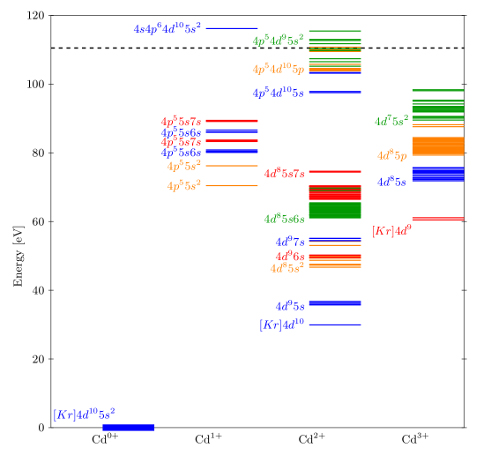