We study plasmon excitations and channeling trajectories of charged particles in triple-walled carbon nanotubes (TWNTs) based on a semi-classical kinetic model combined with the Molecular Dynamics method. Numerical results show that the outer and inner tubes of a TWNT exert strong influence on the peak structures of the self-energy (or the image potential) and the stopping power curves for the channeling ion, resulting in one or two narrow peaks in the low speed region. In addition, the radial dependencies of the total potential, which includes the image potential due to dynamic polarization of the electron gas in nanotubes and a reactive empirical bond order potential for atomic interactions, are compared for single-walled carbon nanotubes (SWNTs), double-walled carbon nanotubes (DWNTs) and TWNTs. By comparing the ion channeling trajectories in those types of nanotubes, we conclude that the variation of the total energy of ions with their channeling distance along the nanotube axis is related to the types of channeling trajectories, exhibiting smooth helical shapes in TWNTs and a succession of sharp reflections off the wall in SWNTs and DWNTs. 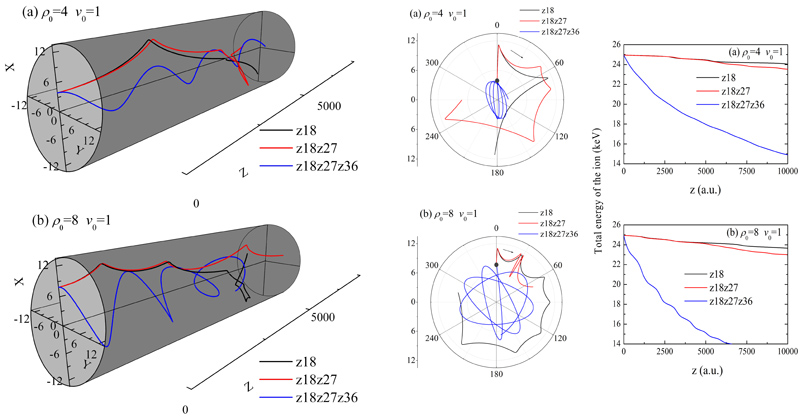