The effect of spontaneous breaking of initial SO(3) symmetry is shown to be possible for an H-like atom in the ground state, when it is confined in a spherical box under general boundary conditions of “not going out” through the box surface (i.e. third kind or Robin’s ones), for a wide range of physically reasonable values of system parameters. The most novel and nontrivial result, which has not been reported previously, is that such an effect takes place not only for attractive, but also for repulsive interactions of atomic electrons with the cavity environment. Moreover, in the limit of a large box size R ≫ aB the regime of an atom, soaring over a plane with boundary condition of “not going out”, is reproduced, rather than a spherically symmetric configuration, which would be expected on the basis of the initial SO(3) symmetry of the problem. 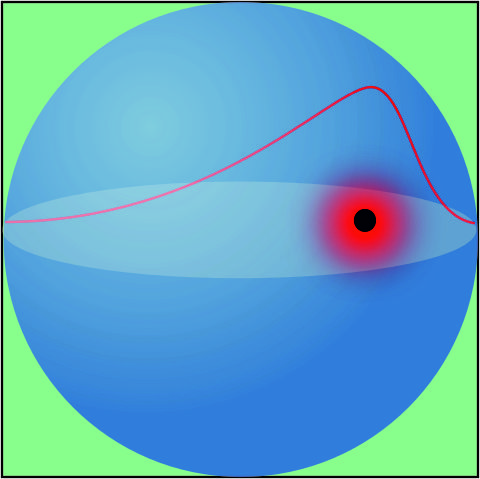