The spontelectric state of matter is exemplified by the presence of static, spontaneous electric fields extending throughout thin films of dipolar solids. The spontelectric state was discovered using a low energy electron beam technique, using the ASTRID storage ring at Aarhus University. Following a resume of the characteristics and of a model for the spontelectric effect, a description is given of the counter-intuitive behaviour of fields in films of methyl formate as a function of deposition temperature, T. It is found that films for T ≤ 77.5 K show the expected decrease in the field with increasing T but, for T ≥ 77.5 K, an increase in the field for higher T is revealed. Analysis of these results illustrates the non-linear and non-local characteristics of the spontelectric state. Recently it has been shown that Reflection-Absorption Infrared Spectroscopy (RAIRS) provides a new and independent technique for the detection of the spontelectric effect, through the observation of vibrational Stark shifts in spectra of films. Stark shifts for nitrous oxide are demonstrated to be in harmony with electric fields measured using the electron beam technique. The method is then applied to carbon monoxide, showing that this material displays the spontelectric effect between deposition temperatures of 20 K and 26 K. 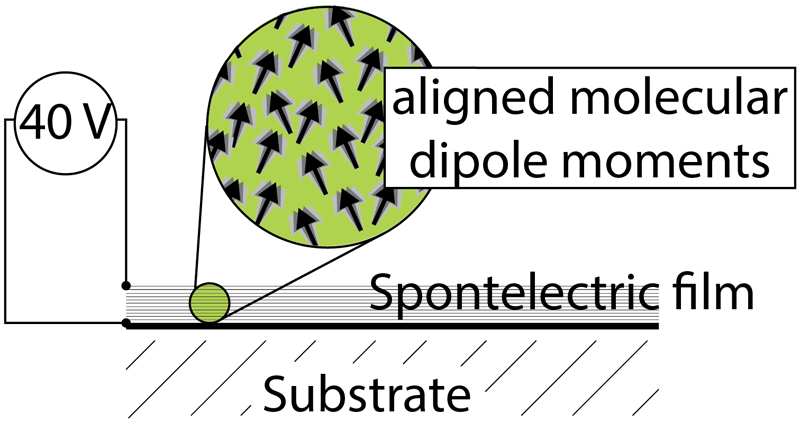