In the framework of the theory of open quantum systems based on completely positive dynamical semigroups, we study the Gaussian quantum discord for a subsystem composed of two coupled bosonic modes immersed in a thermal environment. For Gaussian input states, the time evolution of discord is given in terms of the covariance matrix. For initial uni-modal squeezed states the generation of Gaussian discord takes place, for all non-zero values of the strength of interaction between the bosonic modes. After reaching some maximum value in the case of initial uni-modal squeezed states, and also for initial squeezed vacuum states with non-zero Gaussian discord, this measure of quantum correlations non-monotonically decreases in time and tends asymptotically for large times to some definite non-zero value. The asymptotic discord depends on the strength of interaction between the bosonic modes, temperature and dissipation coefficient. 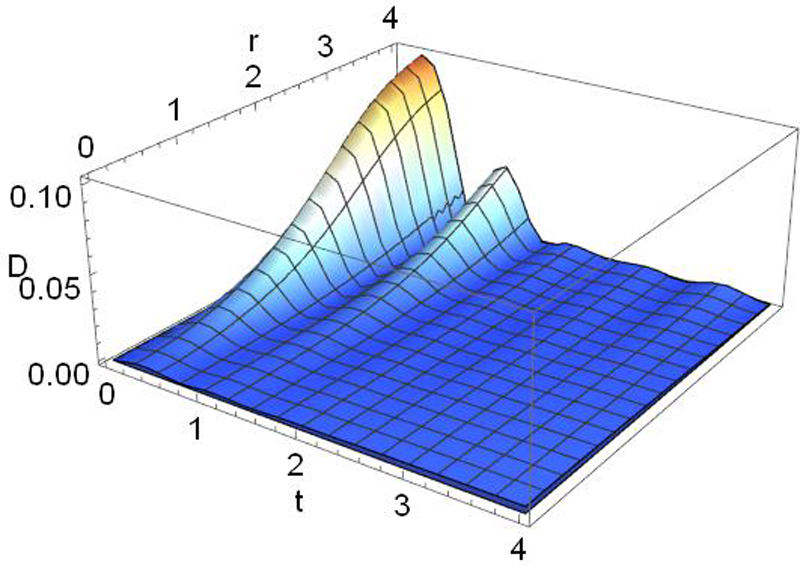