Orbital angular momentum (OAM) is a general characteristic of coherent bosonic matter waves. Partially coherent bosonic matter waves (PCMWs) can also have OAM according to a vortex or twisted structure of the correlation phase of the first-order correlation function. We theoretically prove that a twist phase exists under partial coherence, and this phase contributes to the OAM flux of the PCMW field. We also present an example which illustrates that a twist phase can be produced by illuminating a Gaussian Schell model cold atomic cloud with a sequence of cylindrical lens pulses. 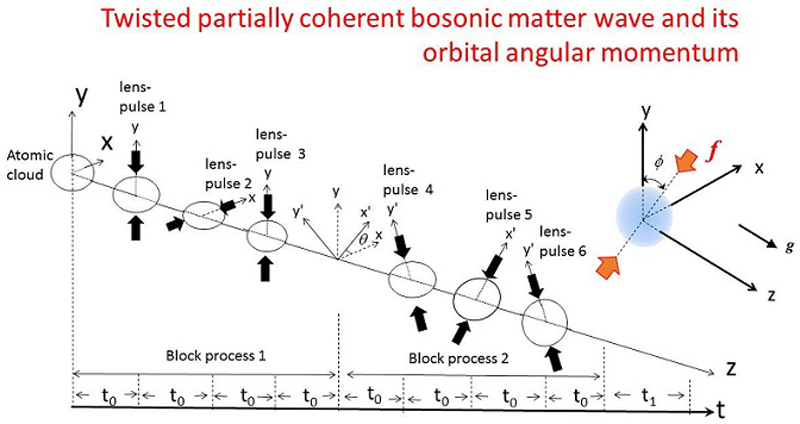