We investigate the coupled electron-nuclear dynamics in a model system which undergoes dissociation. In choosing different initial conditions, the cases of adiabatic and non-adiabatic dissociation are realized. We treat the coupled electronic and nuclear motion in the complete configuration space so that classically, no surface hopping procedures have to be incorporated in the case that more than a single adiabatic electronic state is populated during the fragmentation. Due to the anharmonic interaction potential, it is expected that classical mechanics substantially deviate from quantum mechanics. However, we provide examples where the densities and fragmentation yields obtained from the two treatments are in astonishingly strong agreement in the case that one starts in the electronic ground state initially. As expected, larger deviations are found if one starts in electronically excited states where trajectories are sampled from the more spatially extended electronic wave function. In that case, higher initial energies are accessed, and the motion proceeds in regions with increasing degree of anharmonicity. 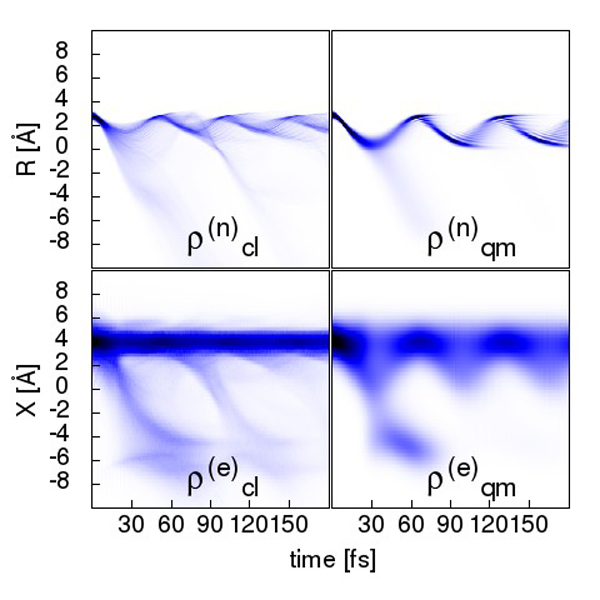