Samples of multi-walled carbon nanotubes (MWNTs) were irradiated with 80 keV He ions. Scanning electron microscopy (SEM) inspection showed that the average outer diameters of the tube decreased as a result of ion irradiation. The samples were also characterized using Raman spectrometry by analysis of the intensity of main bands in the spectra of virgin and irradiated MWNT samples. Modifications of the disorder mode (D-band) and the tangential mode (G-band) were studied as a function of irradiation fluences. Raman spectra showed that as the fluence increases, the MWNTs first show disorder due to the produced defects, and then amorphization under still higher fluence of ion irradiation. Thermal and athermal mechanisms of the radiation induced MWNTs modifications are discussed. 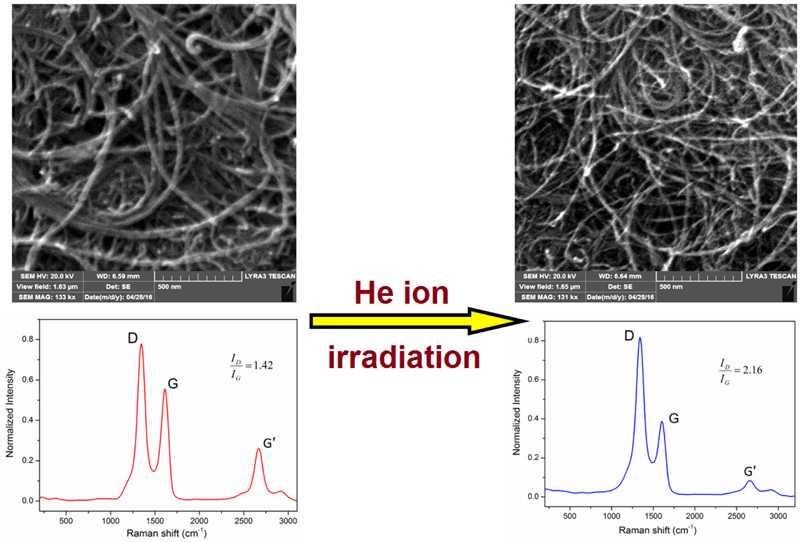