To increase the optical absorption in very thin a-Si films is relevant for more efficient and inexpensive photovoltaics. In this work we deposited TiO2 particles with a gas aggregation source on top of a-Si thin films and study the effect on optical absorption. When using thin films, anti-reflection and enhanced-reflection occurs depending on the thickness, which was employed in this study. The experiments were compared with finite difference time domain (FDTD) simulations which yielded good agreement. Both increased and decreased optical absorption was measured, depending on the photon energy range. This work demonstrates that by tailoring the various parameters, the TiO2 particles can contribute to increasing the efficiency of an a-Si based solar cell. 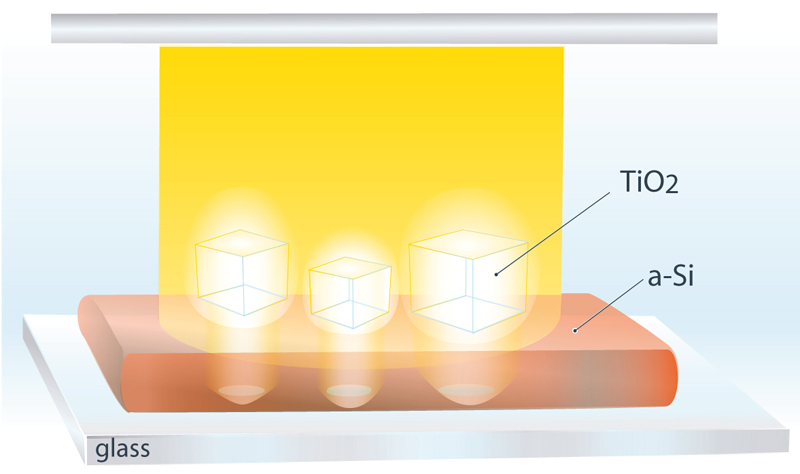