Forces on a small plane measurement target caused by sputtered atomic particles originated at plane sputter targets by a beam of argon particles are investigated. The rotatable sputter targets are centrally mounted in front of the ion source and allow a variation of the angle of incidence. The measurement surface of the force probe is arranged laterally beside the sputter target; it collects the particles released perpendicularly to the beam direction. Sputter targets of silver, copper, aluminum, titanium, and carbon are studied. The measurements are compared with a model that traces the trajectories of the argon ions and the sputtered target atoms between the ion source, the sputter target, and the force probe. The sputtering is calculated with the popular SRIM code based on binary collision cascades. The measured forces are found to be in general greater than the simulated forces. The dependence on the angle of incidence is similar in case of the elements heavier than the ions. In case of the lighter elements, only the simulation exhibits a pronounced maximum at angles between 65° and 70°. 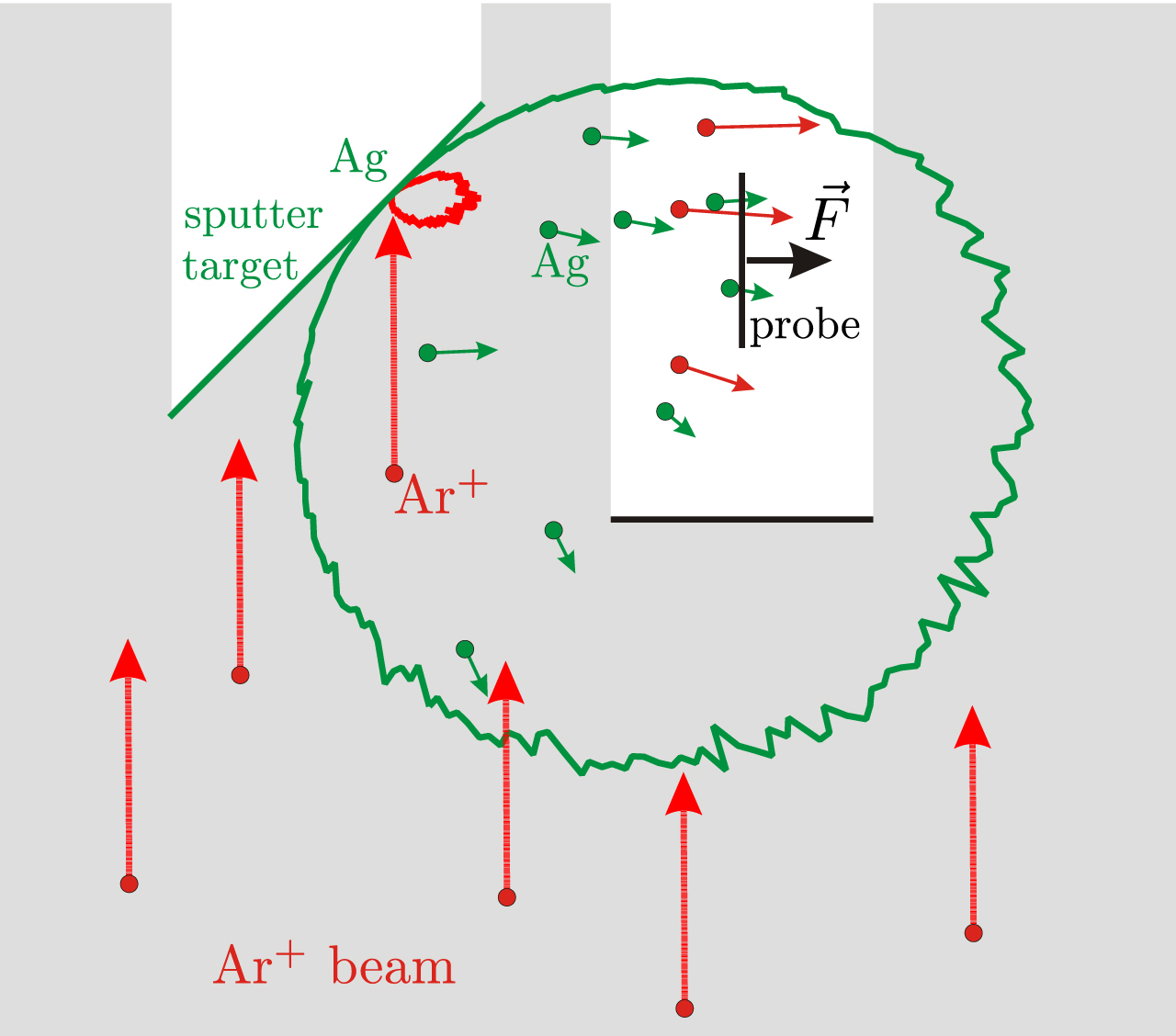