We studied the effect of target thickness on relativistic self-induced transparency (RSIT) and observed that, for subwavelength targets, the corresponding threshold target density (beyond which the target is opaque to an incident laser pulse of given intensity) increases. The accelerating longitudinal electrostatic field created by RSIT from the subwavelength target is then used to accelerate the ions from a thin, low density layer behind the main target to ~100 MeV using a 6 cycle flat-top (with rise and fall of one cycle each) circularly polarized laser with peak dimensionless amplitude of 20. A suitable scaling law for optimum laser and target conditions is also deduced. We observed that, as far as energy spectrum is concerned, an extra low density layer is more advantageous than relying on target ions alone. 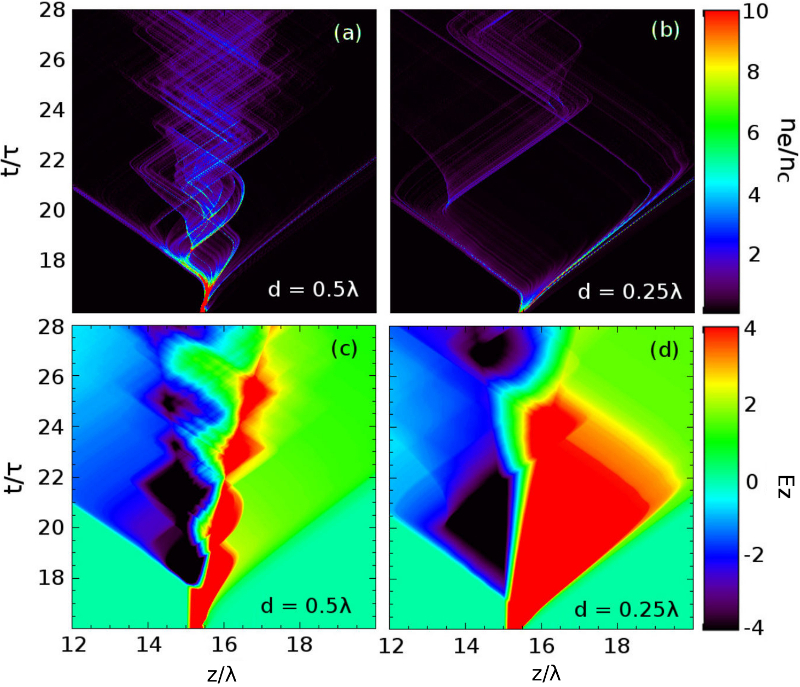