The close-coupling method is used to calculate purely rotational relaxation rates and pressure broadening and shifting coefficients for H2-He collisions, in order to test various potential energy surfaces. Downward rate coefficients k3→1(T) and k2→0(T) are compared with experimental data, but the subtle differences in the potential energy surfaces are hardly reflected in these rates. Helium pressure broadening and shifting generalized cross sections for the isotropic Raman Q(1) lines of the fundamental bands of D2 and H2 as well as the purely rotational Stokes S0(1) line of H2 are therefore also considered. While these spectroscopic characteristics are much more sensitive to the precise form of the interaction potential, a proper validation cannot be performed without taking into account the influence of the translational motion on the molecular line shapes. After including this, it is found that the potential energy surface of Bakr, Smith and Patkowski [B.W. Bakr, D.G.A. Smith, K. Patkowski, J. Chem. Phys. 139, 144305 (2013)] allows the best reproduction of the experimental data. 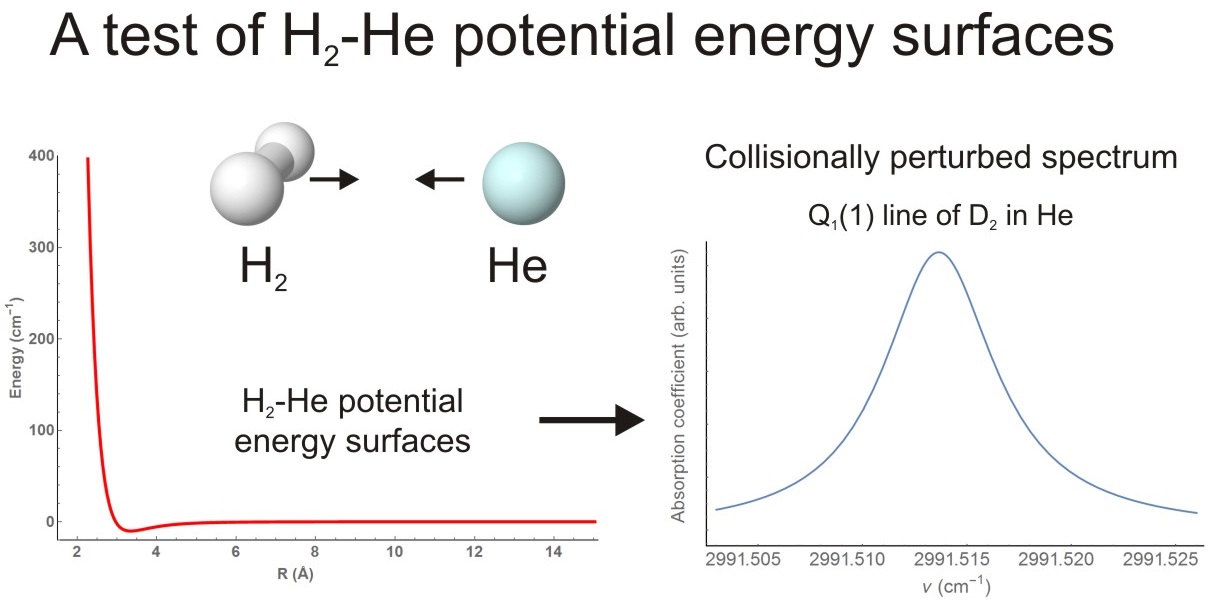