We study, using quantum Monte Carlo (QMC) simulations, the ground state properties of a one dimensional Rabi-Hubbard model. The model consists of a lattice of Rabi systems coupled by a photon hopping term between near neighbor sites. For large enough coupling between photons and atoms, the phase diagram generally consists of only two phases: a coherent phase and a compressible incoherent one separated by a quantum phase transition (QPT). We show that, as one goes deeper in the coherent phase, the system becomes unstable exhibiting a divergence of the number of photons. The Mott phases which are present in the Jaynes-Cummings-Hubbard model are not observed in these cases due to the presence of non-negligible counter-rotating terms. We show that these two models become equivalent only when the detuning is negative and large enough, or if the counter-rotating terms are small enough 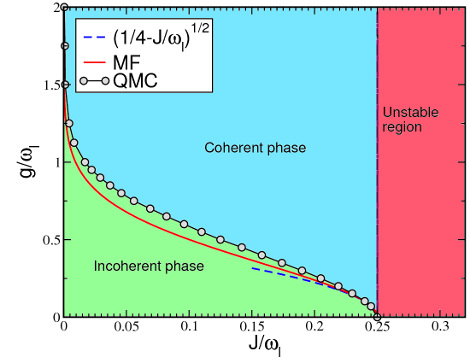