Spin polarized noble gases can precess in an applied magnetic field by referring to Larmor precession, based on which we present a novel method to calibrate magnetic coil constants with hyperpolarized helium-3 by using an atomic spin magnetometer based on potassium. Spin polarized alkali metal atoms can hyperpolarize the helium-3 gas via spin-exchange optical pumping. After several hours of polarization, the polarization of helium-3 goes into a steady state, then optical pumping is stopped to realize a dark state. In such a dark state, the Larmor precession of hyperpolarized helium-3 in an applied magnetic field can be detected by spin-polarized alkali metal atoms, which are not influenced by the additional magnetic field induced by light shift. Through analyzing and extracting this Larmor precession frequency, the magnitude of the applied magnetic field can be obtained. Experimental results show that the residual magnetic field in the magnetic shielding is 5.50 ± 0.05 nT, and the coil constants are 163.02 ± 0.18 nT/mA, 168.22 ± 0.06 nT/mA, and 137.05 ± 0.04 nT/mA in the x, y and z directions, respectively. 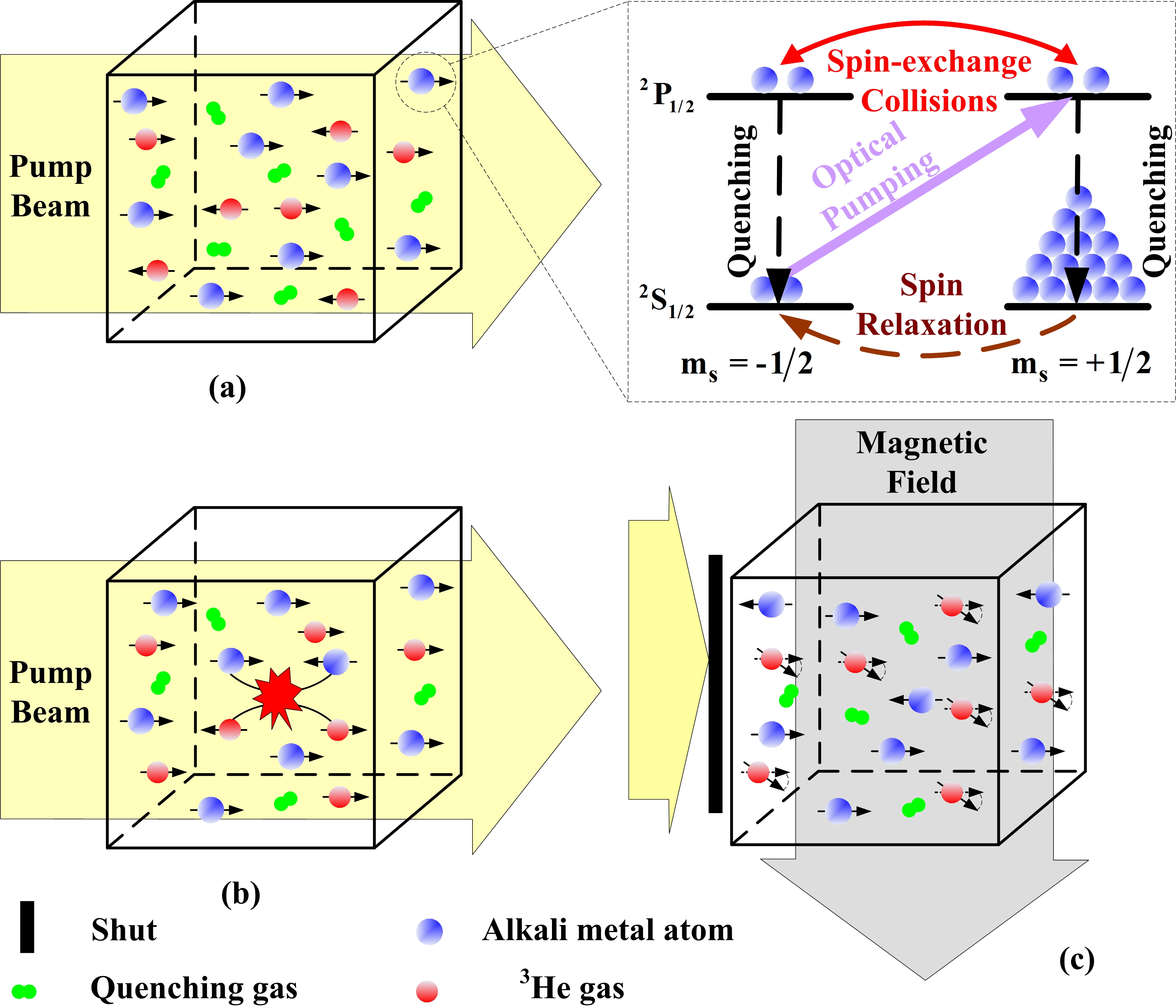