Theoretical evidence is presented for the molecular and dissociative adsorption of O2 on free AunRh neutral, anionic and cationic clusters with 1 to 5 gold atoms, indicating that the stabilization of the activated di-oxygen species is a key factor for the unusual catalytic activities of Au-based catalysts. The structure, stability, for both molecular and dissociative O2 adsorption on AunRh n = 1–5 clusters has been investigated using density-functional theory. To find the transition states, the minimum energy paths have been explored for a few clusters. In general, lower values for the activation energy have been found when compared with the barriers that occur on pure Aun based clusters. The higher binding energies in the AuRh mix favor oxygen dissociation among any other possible reaction paths. The anionic clusters being the most reactive of all. The molecular bonding mechanism to these complexes involves charge transfer to the oxygen molecule with a concomitant activation of the O-O bond to a superoxo-like state. The characteristic planar structures of both pure gold and AuRh clusters prevail for most of the cases here studied. The odd-even characteristic catalytic activation of pure gold clusters is not observed once even a single rhodium atom has been added to the cluster. 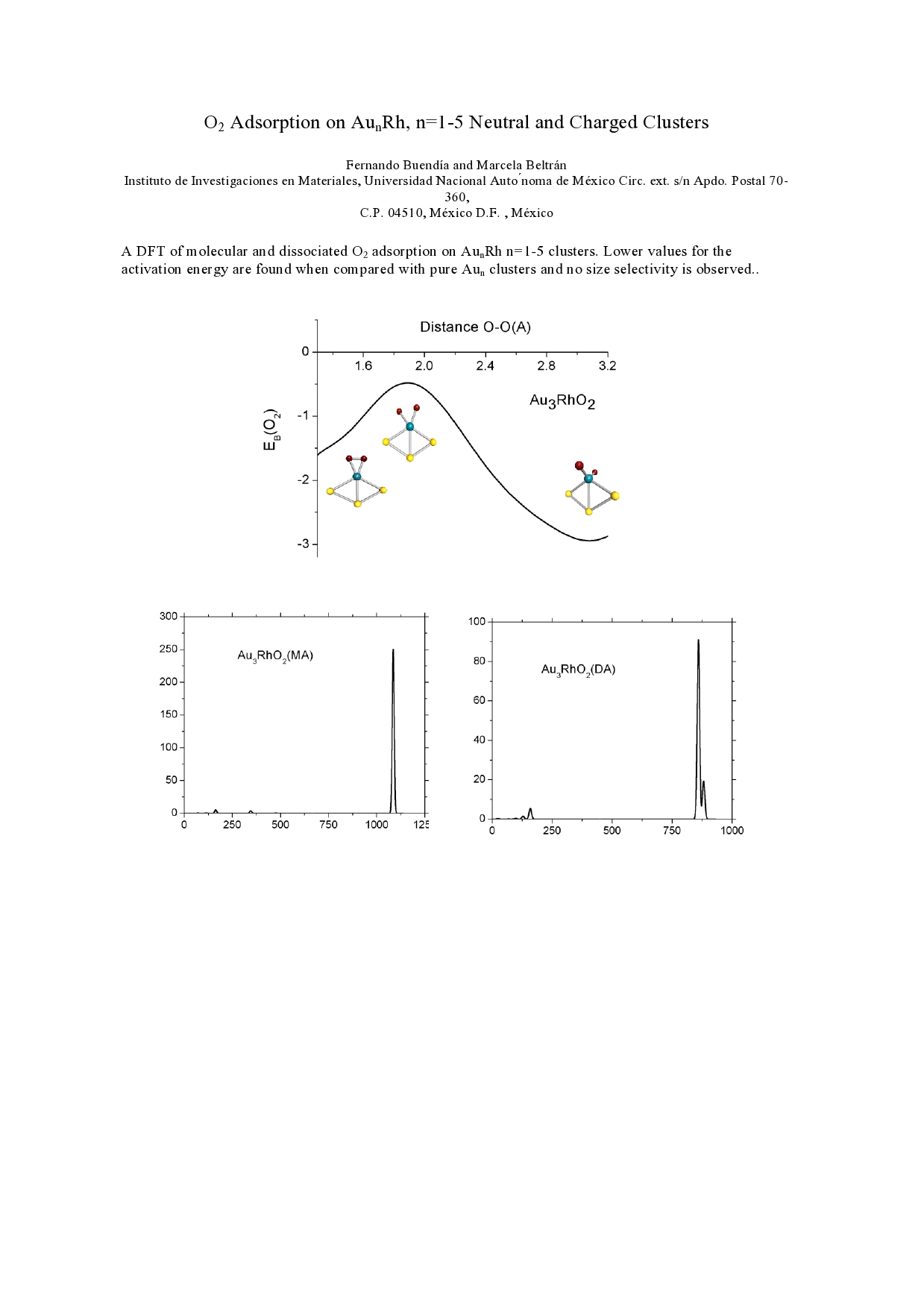