We investigate numerically conditions for order and chaos in the dynamics of an interacting Bose-Einstein condensate (BEC) confined by an external trap cut off by a hard-wall box potential. The BEC is stirred by a laser to induce excitations manifesting as irregular spatial and energy oscillations of the trapped cloud. Adding laser stirring to the external trap results in an effective time-varying trapping frequency in connection with the dynamically changing combined external+laser potential trap. The resulting dynamics are analyzed by plotting their trajectories in coordinate phase space and in energy space. The Lyapunov exponents are computed to confirm the existence of chaos in the latter space. Quantum effects and trap anharmonicity are demonstrated to generate chaos in energy space, thus confirming its presence and implicating either quantum effects or trap anharmonicity as its generator. The presence of chaos in energy space does not necessarily translate into chaos in coordinate space. In general, a dynamic trapping frequency is found to promote chaos in a trapped BEC. An apparent means to suppress chaos in a trapped BEC is achieved by increasing the characteristic scale of the external trap with respect to the condensate size. 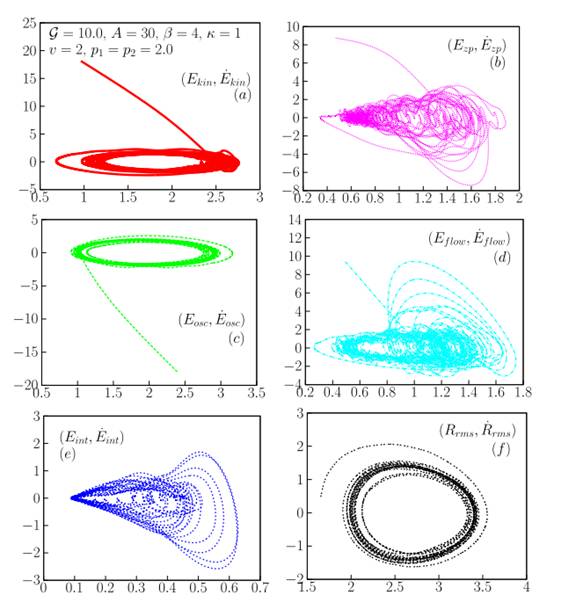