This paper deals with the possible formation of two molecular anions often considered likely components in the physical environments of the interstellar medium (ISM): C2H− and NCO−. They are both discussed here by computationally following the radiative association (RA) mechanism starting from C2−, H, N− and O as partners. The corresponding RA total cross sections produced by the calculations are in turn employed to generate the overall association rates over the relevant range of temperatures. The latter are found to be in line with other molecular ions formed by RA but not large enough to uniquivocally suggest this path as the main route to the anions formation in the ISM. Other possible paths of formation are also analysed and discussed. The presence of resonant structures during the association dynamics for both systems is found by the calculations and their consequences are discussed in some detail in the present study. 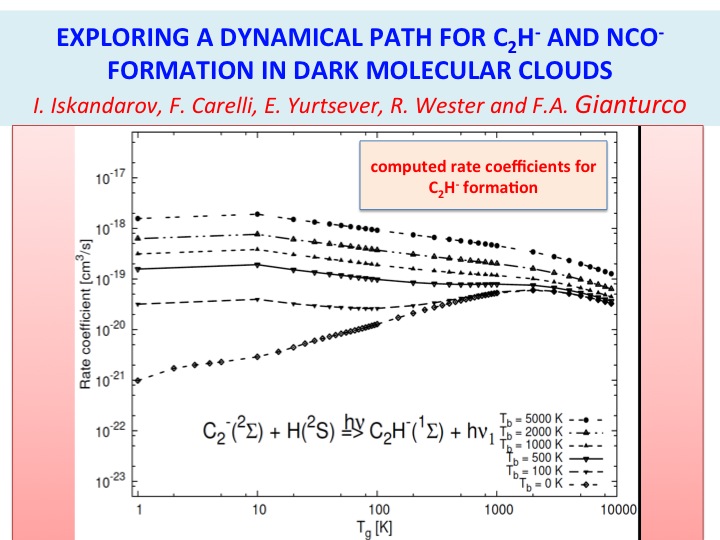