We investigate the physical feature of quantum phase transition (QPT) in a Lipkin-Meshkov-Glick (LMG) model by calculating the quantum speed limit (QSL) time for a central qubit coupled to a LMG bath. We propose that with a suitable choice of the number of spins in bath and the coupling strength between central system and environment, the transition from no speed-up to speed-up of the open system evolution can be achieved at the QPT point, so the QSL is a potential candidate for witnessing QPT of a LMG model. By considering the physical reason for the acceleration, we study the non-Markovianity of the open system and verify that the non-Markovian property can induce the decrease of evolution time, which is also an indication that the phase transition of the system from Markovian to non-Markovian could occur at the QPT point. 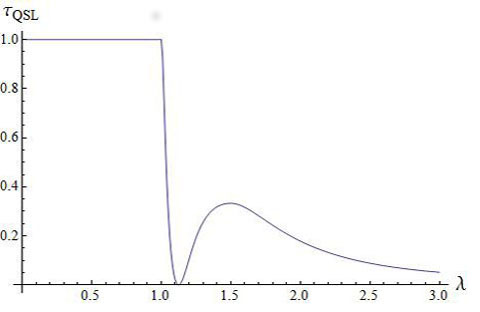