The countermeasures against the blinding attack in quantum key distribution

It has been shown that the single photon detectors (SPDs) based on the avalanche photodiode (APD) can be blinded and controlled by the bright light and short trigger pulses. Eavesdropper can get the full information without causing additional quantum bit error rate. Hence, in order to guarantee the security of the quantum key distribution (QKD) systems, some countermeasures, by changing the characteristic of the SPD or monitoring the parameters of the detector, are presented by some research groups. In this paper, we provide a new and effective countermeasure against the blinding attack based on improving the optical scheme of the decoding unit in the QKD system rather than only considering the characteristic of the SPD. In our proposal we use a coupler with asymmetric splitting ratio to distinguish the detection characteristic of the SPD with blinding attack from that without blinding attack. The detailed analysis shows that the proposed scheme is feasible to defense the blinding attack. 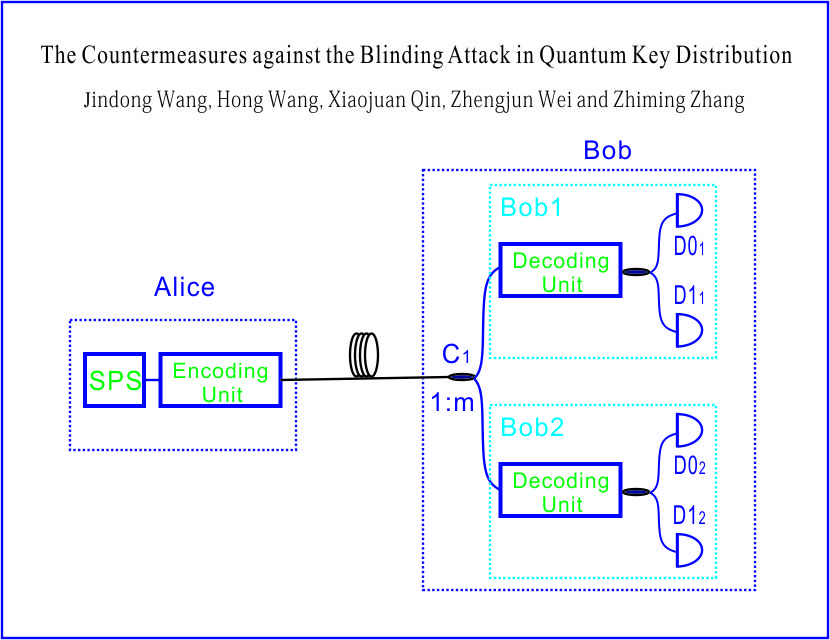