Quantum Fisher information (QFI) of the reduced two-atom state is employed to capture the quantum criticality of the superradiant phase transition in the Dicke model in the infinite size and finite-N systems respectively. The analytical expression of the QFI of its ground state is evaluated explicitly. And finite-size scaling analysis is performed with the large accessible system size due to the effective bosonic coherent-state technique. We also investigate the large-size scaling behavior of the scaled QFI of the reduced N-atom state and show the accurate exponent. 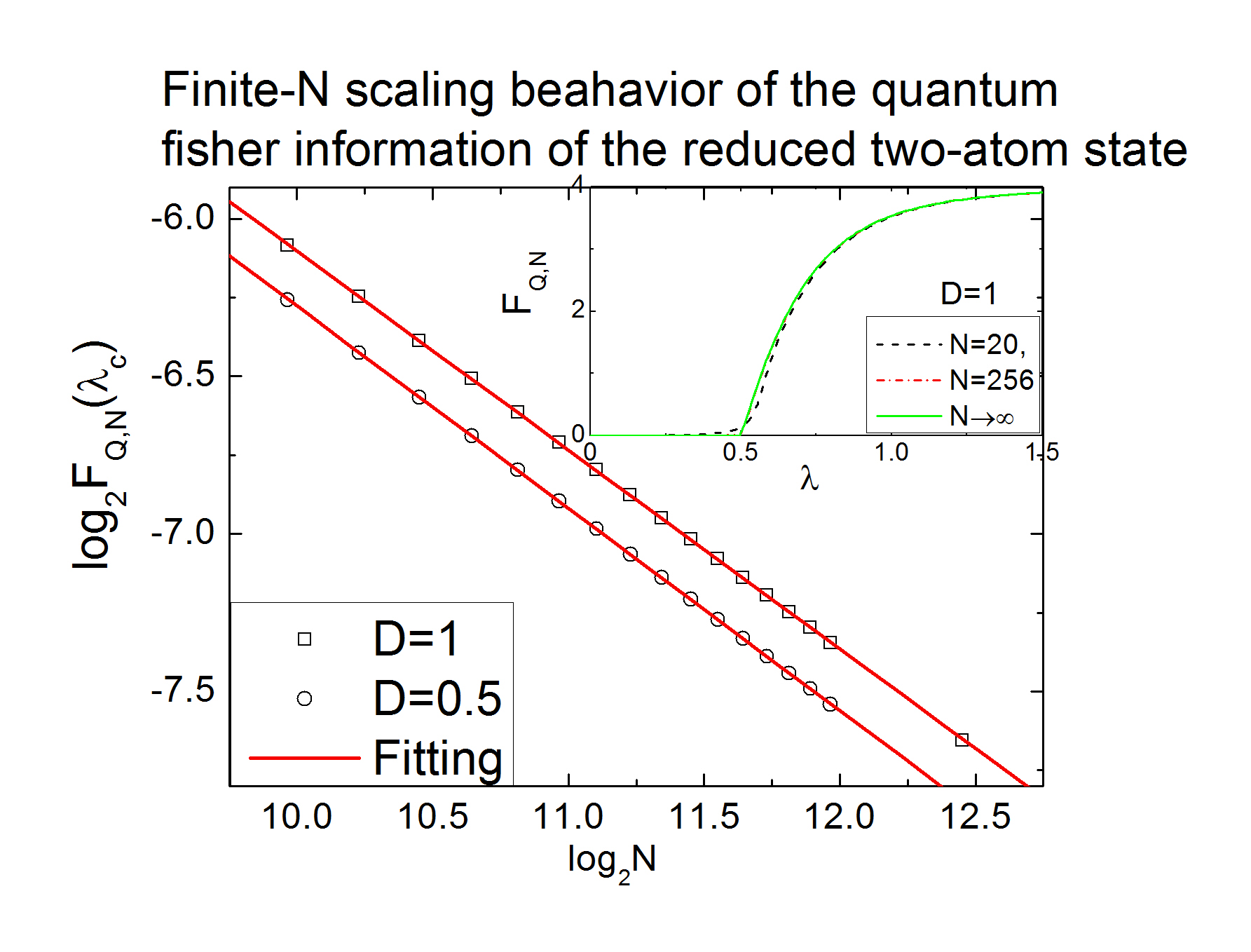