We report both experimentally and theoretical investigation the appearance of Mixed Mode Oscillations (MMOs) and chaotic spiking in a Quantum Dot Light Emitting Diode (QDLED). In the theoretical treatment the proposed model reproduces Homoclinic Chaos (HC) and MMOs. The dynamics is completely determined by the variation of the injecting bias current in the wetting layer of the QDLED. The influence of the injecting current on the transition between Mixed Mode Oscillations and chaotic behavior has been also investigated. It was found that the theoretical model verifies the experimental findings. 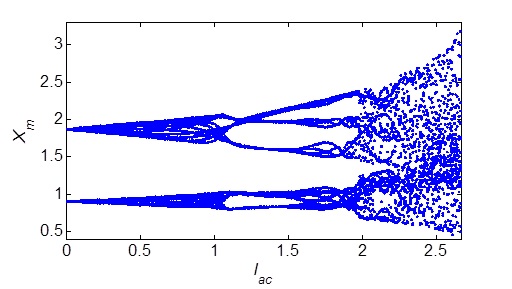