In this paper, the non-Markovian dynamics of a two spin-qubits system which interacts with two correlated spin-environments have been researched. Using the quantification of quantum features, a trace distance which quantifies the degree of non-Markovian processes, the Concurrence of the entanglement and the Quantum Discord which has been applied to measure quantum correlations, we show that the feedback of information, entanglement and quantum correlation can be affected as a function of the coupling parameter q of the environments and time t for different temperature T and the system initial states. Especially, we show that the quantum correlation between two spin-qubits increases with the strengthening coupling between the environments strengthen and that the entanglement does not account for all nonclassical correlations. 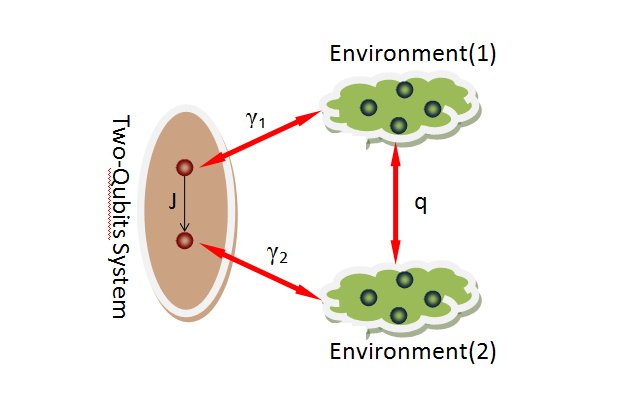