The School of Physics and Astronomy, University of Leeds, Leeds LS2 9JT, UK

We adopt an open systems perspective to calculate a novel frequency spectrum associated with the electric field generated by an atomic dipole moment undergoing resonant laser-driving. This spectrum has a similar triplet shape to the Mollow spectrum indicating that it contains a similar amount of information. However, while the Mollow triplet derives from the Glauber two-time correlation function, which represents the average energy-intensity of a superposition of waves taken at different times, our spectrum derives from a correlation function defined in terms of single-time expectation values of the electric source-field. Although the two spectra are derived from different physical signals and utilise different measures of correlation, they both appear to reflect the quantum-mechanical level-structure of the atomic source. 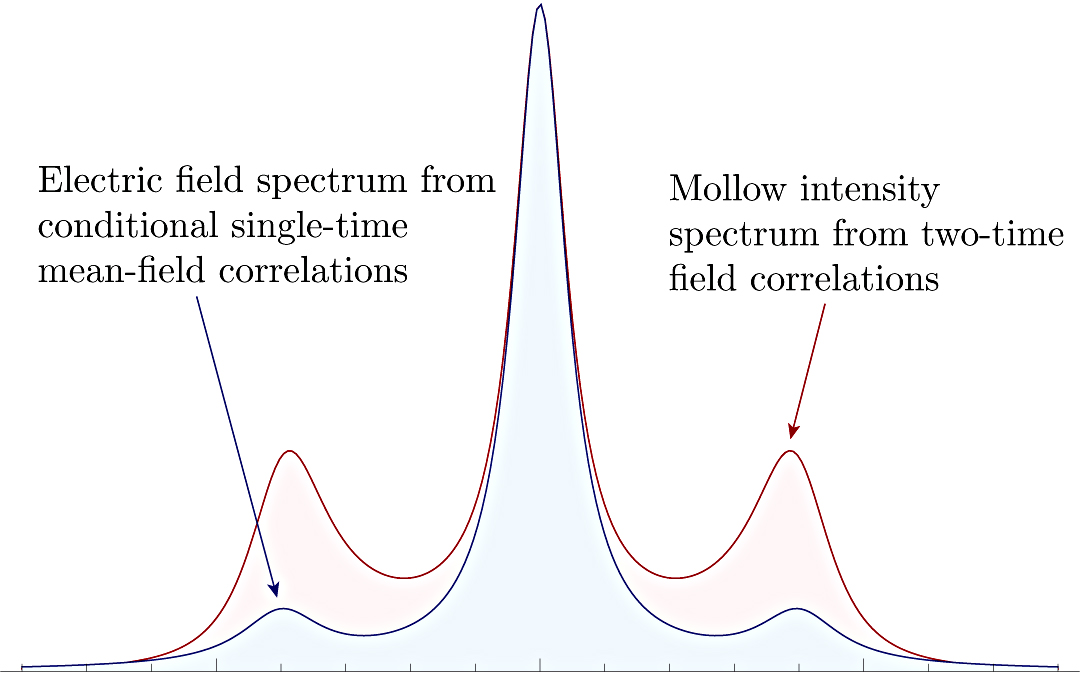