Laser plasma of Ti produced in vacuum was studied by optical emission spectroscopy. The plasma was produced in a single-pulse and a double-pulse mode of ablation in a collinear configuration of laser beams. It was shown that there is a significant enhancement in emission intensity in double-pulse mode. Moreover, depending on the delay time between laser pulses in double-pulse mode signal enhancement (up to 18-fold) was further optimized. Measurement of emission from neutral and ionized Ti atoms showed that there is an optimal delay time for which emission enhancement is maximal, for both ions and neutrals. It was shown that using double-pulse laser ablation the enhancement is mostly pronounced when emission from plasma near the target surface is taken into account. This increases the limit of detection and the signal/background ratio. 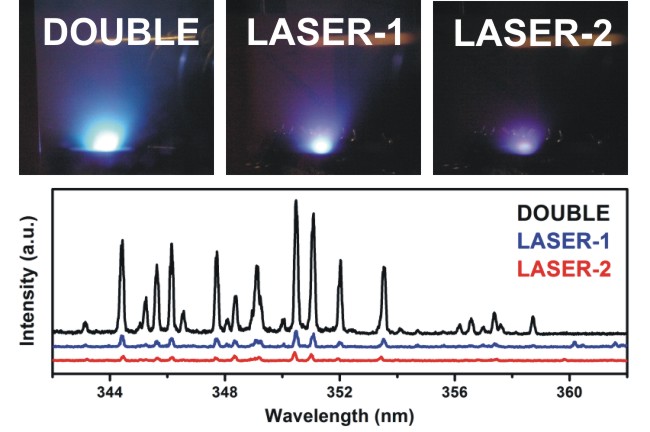