Influence of kinetic effects on 3-wave interaction was examined within the frame of stimulated Raman backward scattering (SRBS) in a rarefied laser corona. The plasma is supposed to be weakly collisional with a negligible density gradient. The model is centred on the physical situation of shock ignition at a large scale direct drive compression experiments. The modelling uses a 1D geometry in a Maxwell-Vlasov model. The method used is a truncated Fourier-Hermite expansion numerically stabilized by a model collisional term with a realistic value of the collision frequency. In parallel, besides the linear theory of SRBS, a coupled mode 3-wave equation system (laser driving wave, Raman back-scattered wave and the daughter forward scattered plasma wave) is solved to demonstrate the correspondence between the full kinetic model and 3-wave interaction with no electron kinetics involved to identify the differences between both the solutions arising due to the electron kinetic effects. We concentrated mainly on the Raman reflectivity, which is one of the important parameters controlling the efficiency of the shock ignition scheme. It was found that the onset of the kinetic effects has a distinct intensity threshold, above which the Raman reflectivity may go down due to the electron kinetics. In addition, we were trying to identify the most important features of the electron phase space behaviour, such as particle trapping in potential minima of the generated plasma wave and its consequences for the 3-wave interaction. The role of the trapped electrons seems to be crucial for a deformation of the plasma wave dispersion curve, as indicated in some earlier work. 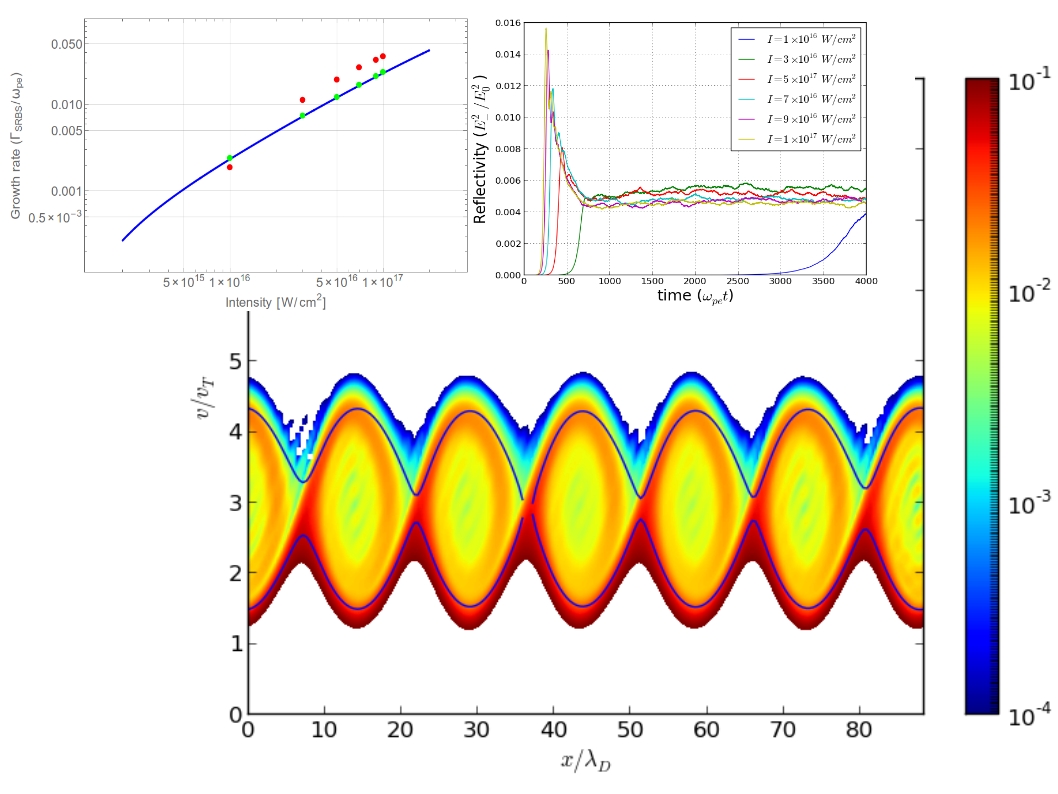