The photoabsorption spectra of Xe atoms encapsulated inside the C180 and C240 have been investigated using the time-dependent density-functional theory (TDDFT) and compared with the result of our short range spherical well. The calculations are performed in the energy region of the Xe 4d giant resonance and assumed the central location of the Xe atom inside the fullerenes. The Xe-C180 and Xe-C240 binding energies along the high symmetry direction, the z axis have been evaluated as well. The obtained curves show the possibility of other Xe positions. The main features of the confinement resonances for the Xe atoms in the center of the C180 and C240 may be estimated by the formula E(eV) = 67.55 + (12.25n/ 2r)2, where r is the radius in Å of the fullerene, n is the integer number 2, 3, 4, 5, ..., and E (eV) is the location of a confinement peak. The calculations indicate that if the radius of a fullerene equals an integer (≥2) × the half wave length of the photoelectron, then at this photon energy we may observe a confinement peak. The photoabsorption spectra of Xe atoms encaged in the center of the C58, C56 and C54 have also been studied. The results demonstrate that, except for the Xe atom inside C58, which has similar confinement resonances as those of the Xe atom inside C60, the Xe atoms inside C54 and C56 have completely different spectra. It is concluded that the quantum confinement resonances will be destroyed if the shape of the fullerene is deformed significantly from a sphere. 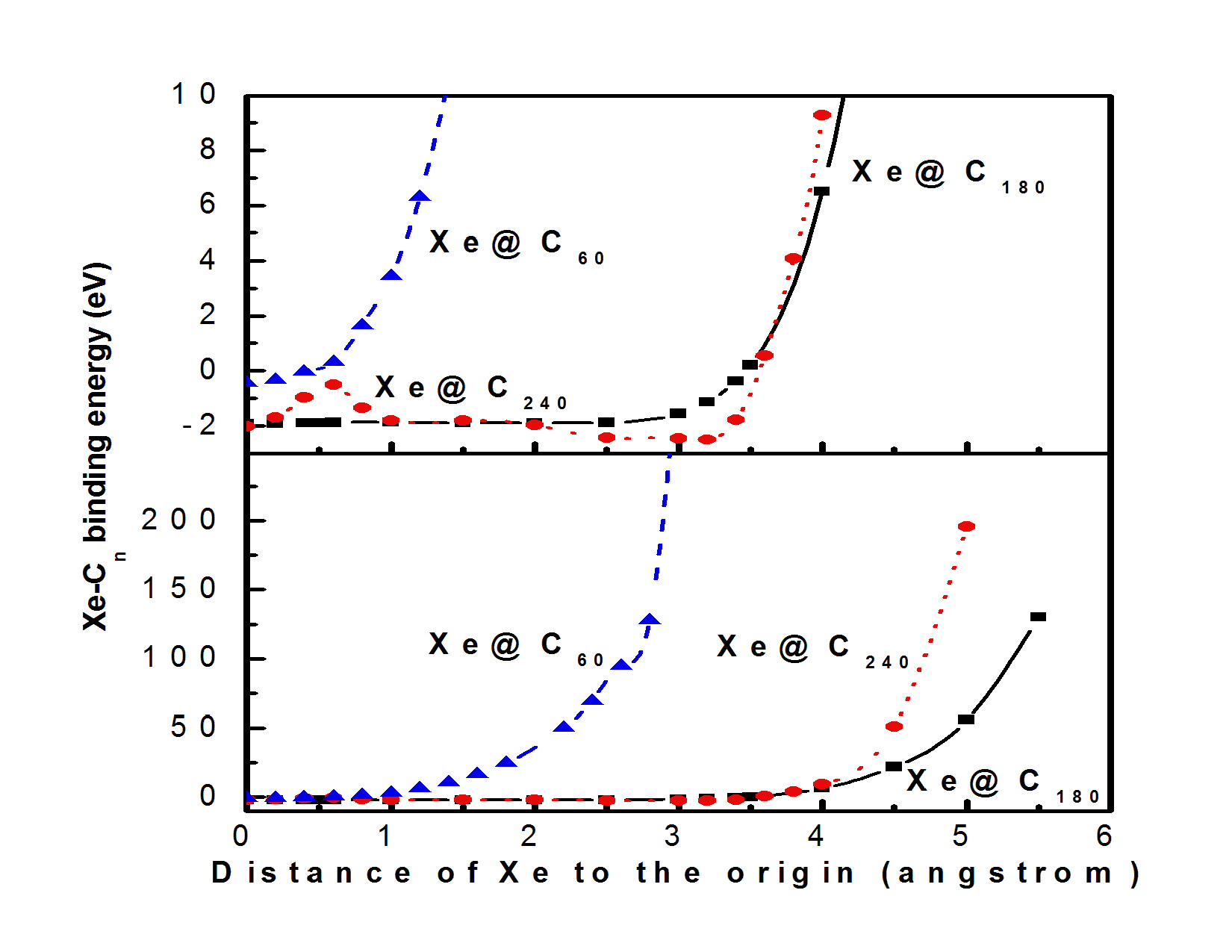