DNA damage of peripheral blood lymphocytes exposed to gamma and proton irradiation is studied by means of chromosome aberrations to validate the efficiency of the repair mechanisms of individual cells. A new method based on an observed deviation from the Poisson statistics of the chromosome aberration number is applied for estimation of a repair factor (RF) defined as a ratio between originally damaged cells to the amount of finally observed aberrations. The repair factors are evaluated by studying the variance of individual damage factors in a collective of healthy persons at a given dose as well as by using the chi-square analysis for the dose-effect curves. The blood samples from fifteen donors have been irradiated by Co60 gamma rays and from nine persons by 150 MeV protons with different doses up to 2 Gy. A standard extraction of lymphocyte has been used whereby dicentrics, acentrics and rings have been scored under a microscope. The RF values determined for the proton radiation are slightly larger than for gamma rays, indicating that up to 70% DNA double strand breaks can be repaired. 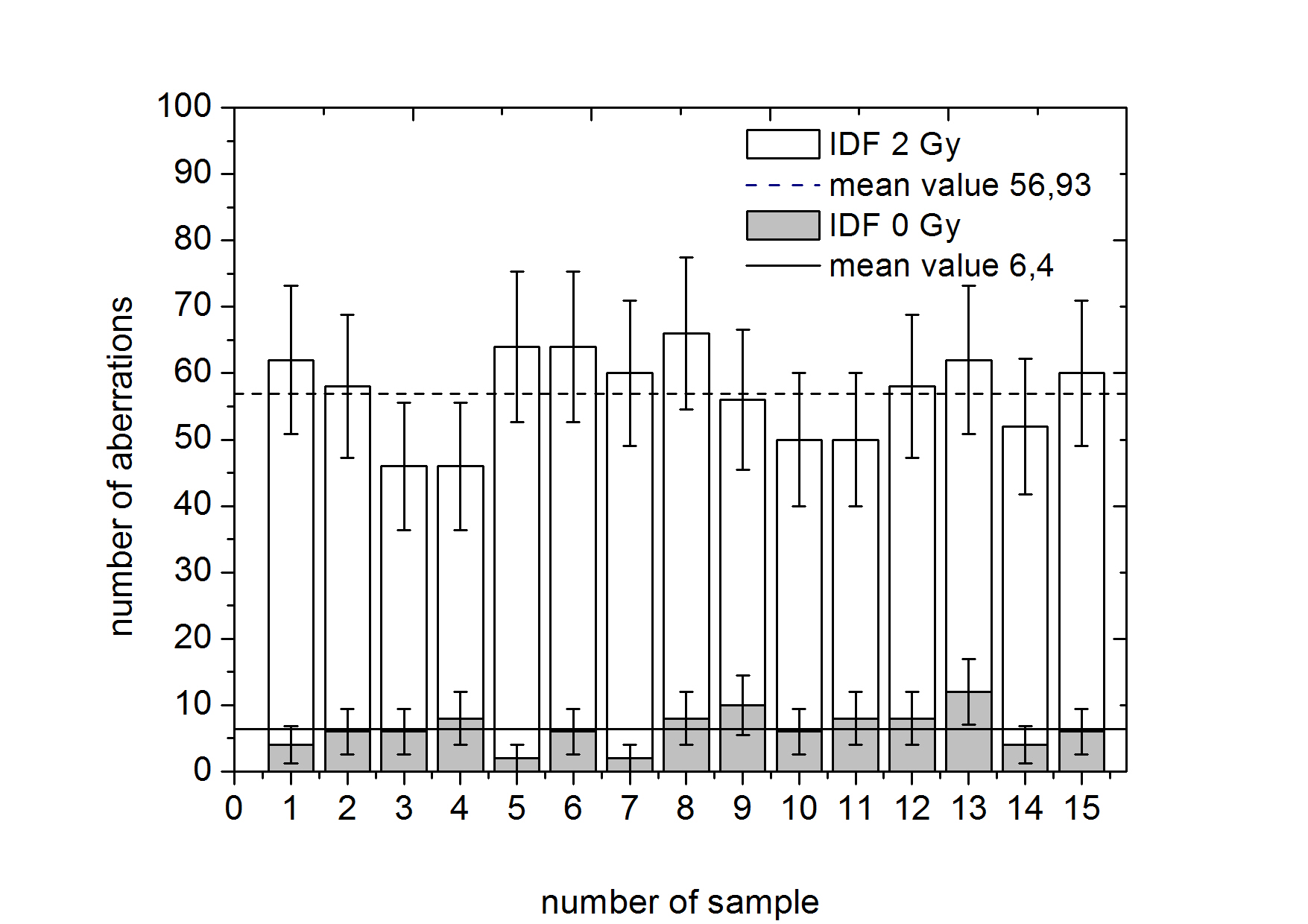