The dispersion characteristics of the axisymmetric transverse magnetic (TM) modes of a semi-circularly corrugated periodic metallic slow wave structure (SCCSWS) have been analysed numerically by approximating the axial profile of the SWS using Fourier series. The theoretical results and some of their representative experimental counterpart revealed that, instead of using complex boundary conditions, the Fourier approximation of the axial profile can be used in deriving the dispersion relation using linear Rayleigh-Fourier (R-F) theory. An analytical equation has been derived in order to determine the Fourier constants of the approximated axial profile. Numerical technique has also been employed to calculate the Fourier constants. The dispersion relation for the SCCSWS is analysed for the cold structure which is characterized by the real value of frequency and wavenumber. The dispersion characteristics of the fundamental as well as higher order TM modes have been calculated using Fourier constants obtained by both analytical and numerical techniques. The SCCSWS analysed in this paper can be implemented in real experiments for the generation of high-power microwaves. 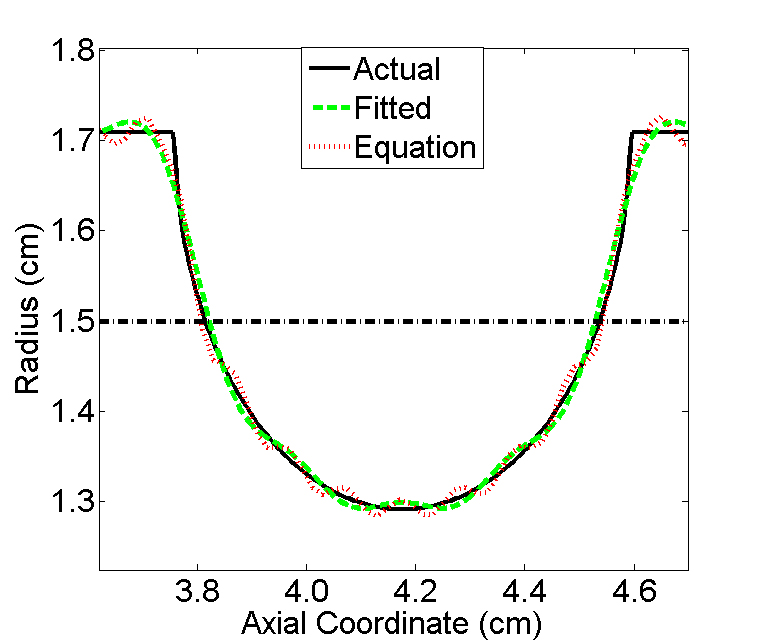